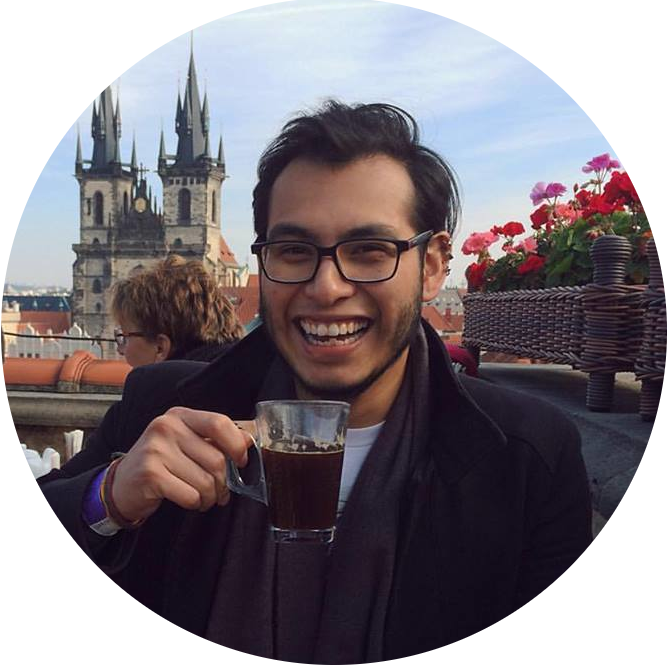 the artist ­is present

What or who the fuck is Akume?

Akume is the name of this project, not the name of the artist. Akume is, as the project itself, a pastiche, a mix and an aberration that feeds on different cultures and aesthetical traditions. Akume is the product of cultural appropiation and can thus be understood as a mixed blooded entity, shaped to be artificially universal to a point that no entity would naturally be.

Hell no. I myself am Mexican and would, if it that was in any way an achievement of mine, be proud of it. I guess you can actually see an influence of my Mexican education in my work, especially when it comes to the demi-baroque catholic aesthetics. On the other hand, yes, I love Japan and Slavonic cultures. So it is no wonder to find a little bit of all that in my art.

Being Mexican, what do you think of Trump?

Well, let's focus then on your work as an artist. Do you have any manifest? Or what do you pursue with art?

Honestly, I don't like pretentious stuff and I don't like explaining my art neither. But of course there is more to it than just naked bodies. I will try to explain the gist shortly:

Every culture has its own concepts, some of them so intrinsic that individuals born into them cannot tell them apart from a reality because they grow to become a part of the collective thinking. Thus, these concepts and notions shape that culture. One can find them represented in various forms, such as language, taboos, and moral notions. These concepts have roots running so deep that people who never leave their cultural cradle hardly question those concepts and live in their shadow.

Art of Akume is a project born to explore the hidden and often ignored faces of those concepts, of those ideas that impose themselves as unquestionable truths, as invisible dogmas. Combining different media and techniques and always contrasting beauty and ugliness to a mix of grotesque, the works attempt to generate physical reactions that allow the viewer to feel that which the reason of culture deprives him of. In other words: Art of Akume is a project born to free through pain and beauty and comforting darkness.

The trinity of Sex, Religion, and Violence is particularily interesting in the western cultural room, in which the latter dictates norms for the use of the other two. The interaction of these concepts is currently the primary field this project is set to explore.

Are you a religious person?

I guess that depends on what you define as religious. If you define it as organizing one's life around dogmas and other ideas represented by a church, then not. On the other hand, as you might have noticed, my works even have a strong affinity towards pagan symbols and themes. But saying I judge these religions to be better than christianity, or any other for the effect, would be missleading.

I was raised in a catholic cultural circle. I would say I resisted during my youth with all my forces and all my will to accepting this religion, and even succeeded to not become a person of faith. However, saying I was immune to the cultural influence of religion would be a lie. I would have surely said something among these lines back then, but with time I realized how mistaken I was. Whenever I smell incese, or listen to a requiem or even see a veiled woman with tears in her eyes, I realize how deep this culture has been branded onto me. Even thing much more basic than that, like not working on sundays or looking towards Christmas as a time of change -an end of something and a new beginning- or even the mere use of a certain calendar, they are all cultural elements with a christian origin.

Denying this Christian tradition would be denying a big part of my identity and of my understanding of art and aesthetics.

Is this in any way related to the theme of sex? It seems a very important topic in your work.

Sure it is. Sexuality is an integral part of every human and plays a major role in the development of its identity: the way an individual is perceived as a potential mating object or not, or if this individual considers itself one, are concepts that sexual identity define. This being instrinsic to human existence, any other topic thought and conceived by the human mind is related to it. Religion, as a concept created and lived by humans, is no exception. One could almost say that every religion is sexual.

In many if not most cosmologies, the creation of the world as we know it required the interaction of a mating couple. This is, in a way, a primal understanding of sexuality and the sexual act as a life-giving force. Given this, it is no surprize that this understanding of sexuality is heterosexual by nature. To take this as granted, however, would mean a dissecration of the complexity and richness of human nature.

Is this the reason why nudity plays a major role in your work?

Yes, to an extent: Abrahamic Religions have a especially dogmatic sight on this subject, Chrisitanity having a complex history and problematic relationship to bodies, nudity and sexuality. I don't judge this understandings, but feel responsible for displaying a different understanding of it.

I live in the western world, a place where nudity is used a main replacement for content in advertising, a place where more than },{0% of all underage children have been exposed to pornography before reaching legal age and a place that shapes the internet to consist mainly of sexual content. At the same time, this part of the global village is a place of continous whore-shaming: a place where sex-workers, that means the ones giving the pleasure, are spit on, trashed and even murdered. This part of the word is also the same that judges women's nudity to be less acceptable than men's, as it assumes it to by primary sexual and therefore an excuse for criminalizing victims of sexual violence.

In this regard, I understand my art as politic. I plead for a body positive understanding of nudity– that means as an inherent property of human body and a part of its expression, not a symbol moral decay. And the acceptance of sexuality as a whole, including the search for pleasure, as an integral part of human rights– not only as a legal measure, but as social understading.

So you are completely against violence. Is that the message you want to deliver?

Yes and no. As most things, oversimplification is one of the best tools for understanding but extremely harmful when explaining.

In my understanding, violence can take many faces, some of them more desirable than others. As with many things, it comes to consent. By saying that I do not only mean physically violence, and I don't mean the distorted picture pop culture has of BDSM. By violence I mean all activity, physical or intellectual, that uses force and invades the personal space of other individuals. As José Saramago put it, even the act of trying to persuade someone y an act of colonization, and thus an act of violence. And this means, even a good talk, intellectual exchange, a debatte, all these are forms of violence being applied. Forms of violence generally taken to be acceptable.

My work is, in a sense, a form of aesthetical violence being forced on the viewer, an impulse to feel sweet, pleasing violence through arousal and discomfort and reflect on this.

Didn't you find the answer to a question you are literally dying to know? Do not despair, you can always write here and I will happily answer ASAP, and that means, before you forget you asked, of course!